Andrew Gaucher is a local legend of sorts in the Kelowna real estate scene. When you look at his resume, it quickly becomes clear why. He (somehow) splits his nine-to-five between being the VP of the McKinley Beach community, the founder and president of Catalyst Land Development, and the GM of G Group Land Development. As if that wasn’t enough, he also finds time to enrich Kelowna’s real estate market as a Director of Okanagan’s Urban Development Institute. Oh, and he also founded the Kelowna chapter of TEDx. Not only does he manage to successfully divide his time between his successful real estate development companies and volunteer work, he manages to do it all with minimal impact to the environment–a personal goal of his. Andrew founded Green Solutions (now renamed Dynamic Constructors) in 2006, becoming Kelowna’s first accredited green builder. And this is all just what he’s currently working on. His previous involvement in the Kelowna real estate scene reads more like a phone book than a resume. He’s been on several local boards that span commerce, entrepreneurial and economic development. In other words, he knows Kelowna pretty well. So, we sat down with this resident expert to get his take on the Kelowna market cycles.

“Looking at our past cycles here […] there should be (historically and statistically) a pickup to the market in the second half of [2019] or in Q2 of next year.” Andrew points out here that although it’s possible, it’s unlikely for any market to strengthen in the winter quarter. But that doesn’t mean the market will cool off. “Historically, there has been ~24-30 months of contraction before the market slowly moves upwards toward the past peak [of the market cycle]. We are approximately 24 months from the past peak here in May 2017, which was the fastest moving month ever in Kelowna.” Not only does Andrew’s prediction of the nearing end to the contraction period bode well for the Kelowna market, but they are likely going to see a longer than normal expansion period. 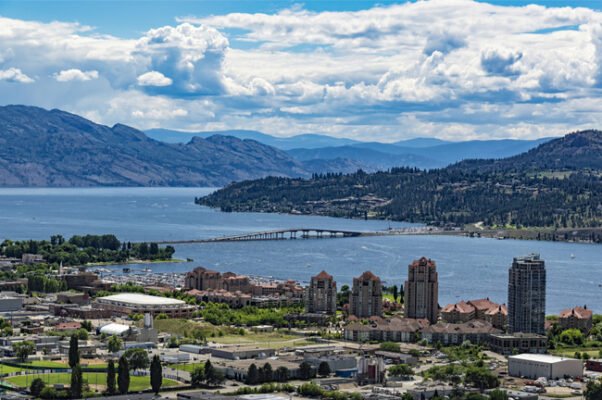 “A typical duration of market expansion is in the realm of 7-10 years. Our most recent expansion period was only 3 years, from 2014 – 2017, and got cut short due to government measures[…]Because this current contraction period began so abruptly, we could potentially see a shorter downturn and then a much longer expansion period.” Although Andrew cautions that this downturn could mean a short term market softening, he’s also notes “either way, historically speaking, the market should strengthen [again] in the next 12 months at the latest.”

The government measures that disrupted the cycle and compressed the expansion period are the new stress test for mortgages, a foreign ownership tax introduced by the BC Liberals, as well as the speculation tax. And these measures didn’t only affect Kelowna. Andrew notes that he “would lump Kelowna in with Western Canada in a lot of ways, namely the effects of these government interventions. There has been a ton of intervention [in real estate] over the last two years in order to quell price escalation and entice affordability. The short term consequences of that has been that aforementioned market slow down in terms of number of sales which have been reduced 50% since May 2017 (although nothing like 2007-2010).

In addition to being on the cusp of a long expansion cycle, Andrew notes that the Kelowna market is also strengthening thanks to young professionals and baby boomers alike. “There’s a mini tech boom happening here right now. There are a lot of young people earning similar rates to what’s offered in the lower mainland but living costs are more affordable here.” Andrew goes on to explain that both housing and office space is much less costly in the Okanogan, making it a more affordable draw for both tech companies and their employees. “There’s also more impetus to retire in Kelowna now, and there seems to be a steady drip feed of demand coming in from Edmonton and Calgary. It never used to be a place to buy a second home or retire, but prospective buyers are getting wise. The best way I get an outside perspective is by listening to the number of partners or investors from Florida, Toronto, and even Aspen that come here and can’t believe, in their opinion, how undiscovered the Kelowna market is. At least for now.”

Speaking with Andrew it’s very hard to not be wowed by his data analysis and recall, depth of industry knowledge, and genuine passion for real estate. Being so impressed by his expertise, we just had to ask what he thought of addy.

Democratizing the Ownership of Real Estate

“Well, I was friends and colleagues with [CEO] Michael Stephenson. I’ve known him on and off for close to a decade. I’ve long been interested in the crowdfunding movement. In fact, seven years ago I was looking into it myself, but didn’t progress to form a business. I more recently followed the co-founders progress over the last 24 months and watched them build it to where it is today. I think it shows an interesting investment potential by allowing people to access a segment of the market that previously unless you were invested in REITs you would have no way of accessing. Essentially, addy is democratizing the ownership of real estate. Owning outright can be difficult, but with concepts like addy you can have partial ownership of a property you’re investing in, while renting your own residence.This creates a new, low barrier and cost method of accessing property ownership.”

When asked if addy could improve the Kelowna market specifically, he wasn’t sure it was distinctly different for Vancouver, “it really just benefits younger segments of our society that have less liquidity and ability to invest in markets.”