The dream of home ownership may be a thing of the past for many younger residents of Vancouver and other global cities, but that does not mean that there is no money to be made in real estate in these locales.  According to a December 2018 study conducted by Zoocasa, Vancouver comes in second place on the list of least affordable cities in North America. Only San Francisco is less affordable. The study calculated the minimum income required to purchase in 35 different markets and compared that against median household income to determine whether there was an income surplus or gap.  With a median home price still hovering around $850,000, Vancouver presents a large gap.

Vancouver Is a Renter’s City

Vancouver’s Mayor Kennedy Stewart, a renter himself, has stated in multiple interviews, “I think it’s a fact that the city of Vancouver will be more and more a renter’s city.  All global cities go in that direction.” In New York City, less than 31% of households own their primary residence (NYU Furman Center/Citi Report of Homeownership 2016) and the numbers are similar in many other global cities.  Vancouver’s mayor may be onto something. Right now, the only way for many Vancouver millennials to afford a down payment on a home is to move outside the city. This works unless you’re the kind of person who thrives on city life and can’t imagine living in the suburbs.  Of course, there’s always the option of taking on a second job to save more money but so many young city residents are already working a side hustle to make ends meet. What’s a hard-working millennial to do when priced out of the housing market in their chosen city?

One solution is to embrace life as a renter and look toward investing in real property to generate income through less traditional means.  addy may be the only mechanism for someone with average income and modest assets to have skin in the game in an inflated market such as Vancouver.  addy’s state-of-the-art technology and incredibly low minimum investment requirement ($1) will enable you to get a foot into the real estate market while still renting.  The passive income that you will hopefully realize may be an indirect route to eventually owning a home of your own. In the meantime, you can continue to live in the city you love and enjoy all that Vancouver has to offer. 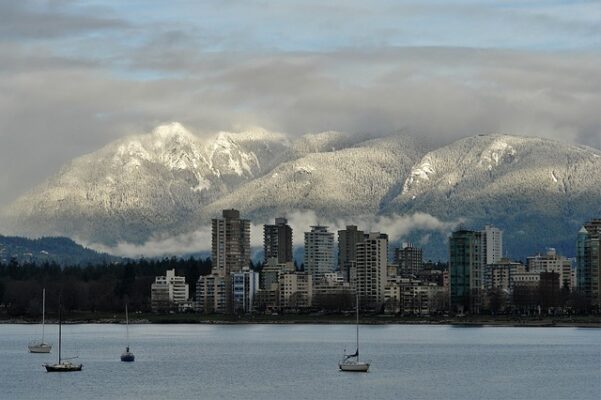 Play Outside the Box

Earning passive income through addy certainly beats the prospect of adding a third or fourth job to your resume.  In an era when so many of the old rules of economics and cycles and home ownership no longer apply, you must learn to play outside the box and pursue goals from new angles.  Traditional routes will not necessarily get you from Point A to Point B. While helping to finance someone else’s home as an investor may not be high on your bucket list, it may move up near the top quickly once you understand that there’s money to be made through addy and other real estate investment vehicles.  To a great extent, millennials have already embraced the idea of renting because of its built-in flexibility. In this sense, they are very much like their baby boomer parents and grandparents who have also come around to acknowledge the advantages to renting.

New realities in the real estate market have opened doors to new opportunities which did not exist in the past.  While your parents may have had an easier path to home ownership, real estate investment was a far more difficult endeavor in their day.  So, while one set of doors may be swinging shut today, another set is opening as new paradigms emerge and the playing field shifts. Successful investors learn to grab opportunities as they arise and get in the game any way they can.

GET IN THE GAME: