Professional speaker, entrepreneur and philanthropist Joe Roberts has earned his experience by doing, and what an amazing journey it has been.

In 1989, Roberts was homeless. A situation that is remarkably difficult to climb out of, but climb he did, going back to school and entering the tech market at just the perfect time to become remarkably successful.

At 22, Roberts lived on the streets. In the depths of despair, he made a promise that if he got a second chance, he would one day help pull others out of this same situation he’d found himself in. Today, he is executive director of The Push for Change, an organization whose goal is to create meaningful, sustainable change for Canadian youth.

As a young man barely out of his teens, Roberts was living under a bridge. Twelve eventful years later, he was on the cover of Canadian Business. 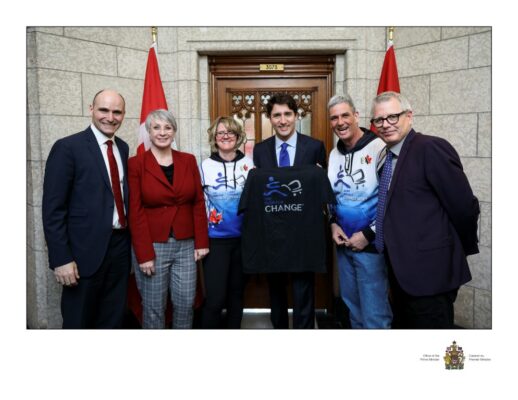 He attributes much of his success to fortunate timing, since all this happened just before the internet boomed and made its way into daily life.

Roberts and his business partner joined forces in 1996 to become content creators at a time when those with their hands on the burgeoning internet had no real idea of the power it would one day wield.

Getting In On the Ground Floor

“We were working with companies whose leaders didn’t understand content development,” he says. Roberts had a natural understanding of web presence, of meeting the needs of a specific audience, and of creating content with precisely those market segments in mind.

Roberts held on to the internet wave with a steady grip and rode it to the crest. Vancouver was a small town at that point, he says, but it grew 300 percent in 3.5 years. He’s used to pressure, with innovation and out-of-the-box thinking having become a daily way of life.

“I’ve achieved more than I ever thought I could,” he says. He developed a sought-after specialty in building second-generation websites. “Strategy and content development made us invaluable to our clients.” he says.

In 2003, he decided to scale back that business and go into semi-retirement, spending more of his hours on projects that fuelled his passion.

The Push for Change

The Push for Change was the answer. Roberts walked 9,046 km across Canada to raise awareness about youth homelessness. “We raised hundreds of thousands of dollars, ultimately shifting the way government writes policy and invests in homelessness,” he says. He insists that his organization was just a small part of a larger conversation that saw the government invest $11.2 billion in an effort to solve this debilitating social ill.

In order to keep doing what he loves, which is helping others, Roberts needs to keep his own financial portfolio healthy and thriving.

Real Estate is the Best Place for Hard-Earned Money

“There are bubbles, but I think in the long run, the best place for my hard-earned entrepreneurial money is in real estate,” he says. Vancouver is an extraordinary place to invest those dollars, he says, since there is always a demand that exceeds supply.

“A lot of things can happen in a macro environment, but when you follow simple supply and demand, Vancouver is like Canada’s New York,” Roberts says. “So many people want to be here.”

He says, prior to 2007, it was a breeze to get into the market, and even to acquire multiple properties.

“The challenges today and going forward are steeper than they were 20 years ago,” he says. “When you go to buy your fourth or fifth property today, the dollars that used to be there with the big banks aren’t there any more, due to changes in regulations and mortgages being a lot stricter.”

Still, he sees real estate as a worthy goal to pursue.

“Human beings are driven toward things with purpose,” he says. “Your investments should connect to your bigger why,” Roberts says. Whether your goal is to retire in comfort, buy a winery, or fund multiple college educations, your investments are the vehicle that will get you there.

Roberts became familiar with addy, a real estate investment system with entry costs as low as one dollar, through his friendship with one of addy’s principals.

“Eradicating barriers to share profitable opportunities with everyone is incredible,” he says. “If addy can provide an opportunity for someone that isn’t ready for full-on ownership, I think that’s fantastic. You’re providing access.”

He says even young adults who don’t have the means to buy a home on their own can begin to build a portfolio in their twenties with a platform like addy, rather than facing riskier investments later on and potentially losing their life savings. He says addy’s approach opens new possibilities for all people.