With lakefront access, mountain views, world-class vineyards and a burgeoning cultural scene, the City of Kelowna has much to offer residents and visitors alike. The locals have known this for a long time, but in recent years, word has spread about this gem of a town in BC, and the real estate market has responded as you might expect. Kelowna real estate is hot and getting hotter!

In addition to the abundance of natural resources that make Kelowna such an attractive place to live and play, the city is blessed with a healthy job market – the best in Canada in 2017 according to BMO’s Labour Market Report Card, and still going strong in 2019 with a #7 ranking as of August. In addition to the old mainstays of agriculture and tourism, Kelowna is currently benefiting from hiring booms in the aerospace, film and high technology sectors of the economy.

The problem is with a median single-family home sales price of $649,000 as of June of this year (Central Okanagan Home Sales), Kelowna faces the same problem confronting Vancouver and other cities. Housing prices remain exorbitantly high and out of reach for many young people.  In a recent interview, successful Kelowna real estate developer Andrew Gaucher remarked that real estate crowdfunding platforms such as addy “show an interesting investment potential by allowing people to access a segment of the market that previously, unless you were invested in REITs, you would have no way of accessing. Essentially, addy is democratizing the ownership of real estate.  Owning outright can be difficult, but with concepts like addy, you can have partial ownership of a property you’re investing in, while renting your own residence. This creates a new, low barrier and cost method of accessing property ownership.”

Gaucher remains bullish on the strengthening Kelowna market.  Based on his in-depth understanding of the Kelowna market cycle, he believes that, “there should be (historically and statistically) a pickup to the market in the second half of 2019 or in Q2 of next year.”  While prices in Kelowna remain high, they are still less inflated than in other Canadian cities, and Kelowna is a city on the rise. The word is out and spreading that Kelowna is an ideal place to buy a second home or retire. It’s only a matter of time before this previously unknown treasure explodes. 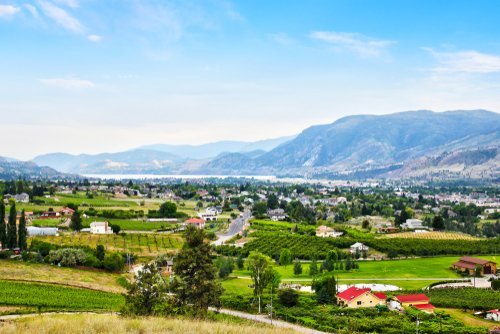 Kelowna is now and will continue to attract millennials and baby boomers alike for the same reasons. Magical mountain and lakeview vistas combine with year-round mild weather to create a dream locale for anyone interested in an active four seasons of outdoor recreation. Water sports abound on Okanagan Lake and wineries pop up at nearly every turn in the road. Downtown Kelowna is home to theatres, art galleries, restaurants and cafes.

In short, the Kelowna lifestyle offers something for everyone, and the investment opportunities align along the same axis. You might not be able to invest in the Kelowna market on your own, but you almost certainly can through a platform such as addy where $1 per share gets you a seat at the table. In highly desirable locales such as Kelowna and Vancouver where property values still outpace income, new approaches to real estate investing are needed and addy is providing a roadmap to micro investing- a new avenue to owning property in a new world.

A NEW APPROACH TO INVESTING: