Join Vice Chairman of Colliers International, Kelly Heed, as he talks all things Canadian real estate during and after COVID-19.

Many predict that the Canadian real estate market will be hit hard by the pandemic. But will it really? Tune in to hear what Kelly Heed has to say about it all.

Here is a link to the recording: 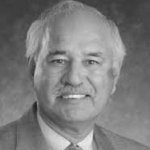 Kelly is the Vice Chairman of Colliers International.

Kelly joined Macaulay Nicolls Maitland in September 1967 as a commercial salesman. He became a Sales Manager in 1977 and was instrumental in building the Vancouver Office to its present dominant position. Kelly became President, Western Region in 1987 with overall responsibility for Western Canada and the U.S. In his present position as Vice Chairman, Kelly is enjoying working with the managers and salespeople on Major Accounts, New Business Development and Sales Training. Kelly is a founding shareholder of Colliers International and was, until 1999, a member of the Board of Directors and the Executive Committee. From the 1990’s Kelly was Director of Colliers Asia Pacific.