The Lex has a new look 😎

If you’re an investor in The Lex on Granville St. you may have noticed the building has new flare. The General Partner has commissioned a mural that is a collaboration between two artists, Jarus and Marcelline Siu,

Here’s what the Vancouver Mural Society had to say about it:

“It’s a great addition to the neighbourhood and the street, and adds a burst of lush greenery to this stretch of Granville. The artists were inspired by a conversation we had about how we’re all living in the rainforest in Vancouver, and the connection between the urban environment and the wilderness. We’re especially drawn to the quality of light in the piece, and the feeling of a ‘secret garden’ or an oasis in the city.”

We love that this building is supporting local artists and adding to the revitalization of this part of downtown Vancouver.

Learn more about The Lex in Vancouver, BC here.

Other addy’s in our Artist Series 🎨

29 Harriet in Hamilton, Ontario features a piece by Pellvetica, a husband and wife duo from Kitchener, Ontario – Sandy Pell and Steve Pell. The eagle, which came back to the Hamilton area 8 years ago after being gone for 50-ish years, is a symbol that the city is on track for an amazing century!

Learn more about 29 Harriet in Hamilton, ON here. 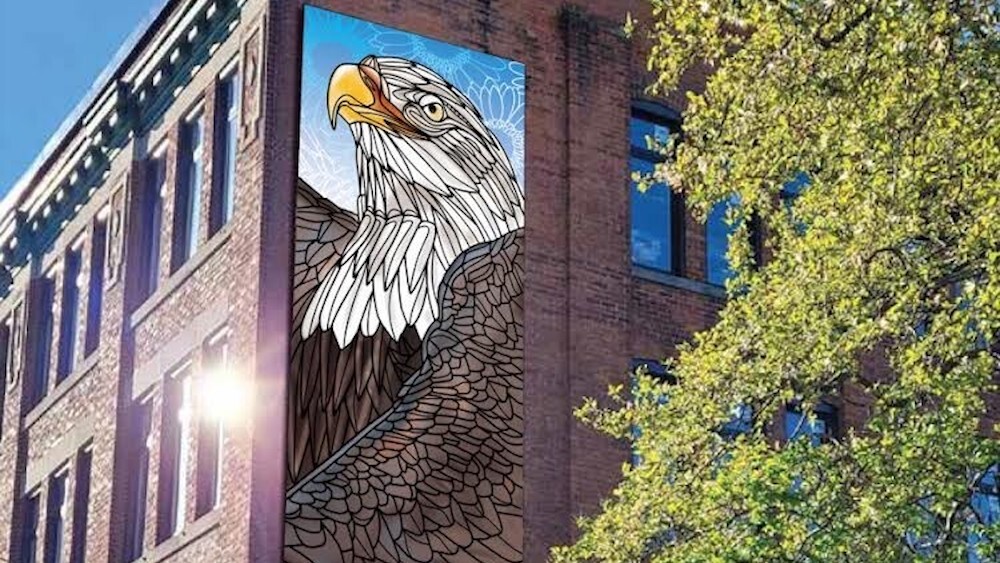 The mural Raise that adorns One West depicts men and women straining to raise a giant hammer with the help of some bright red ropes against a crisp white background. The scene is meant to illustrate an “ambitious city,” according to painter Norman Coloma who crafted it along with his brother, Lester. The brothers were trying to convey a message of citizens working together to lift up their city and figured a literal translation of Hamilton’s longstanding nickname might get the message across.

Learn more about One West in Hamilton, ON here. 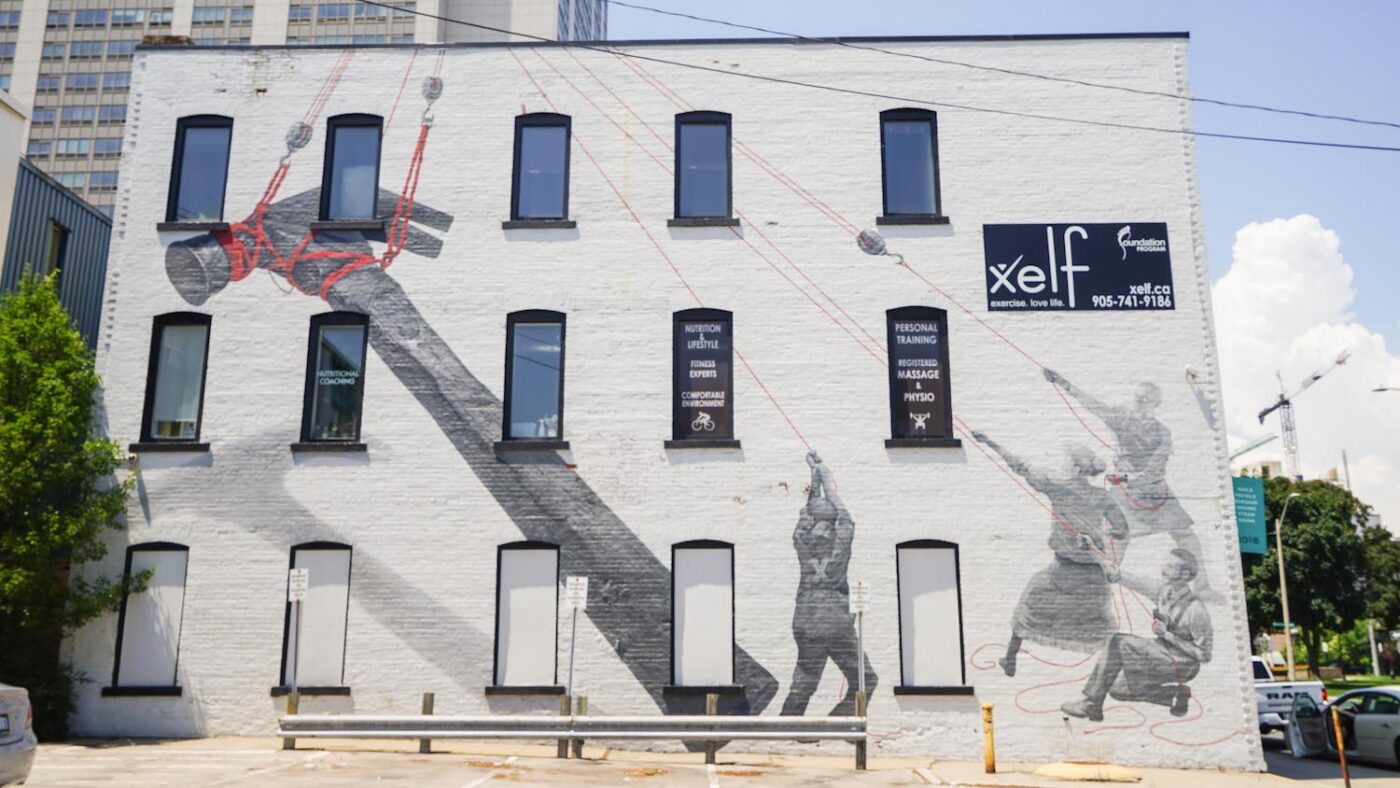