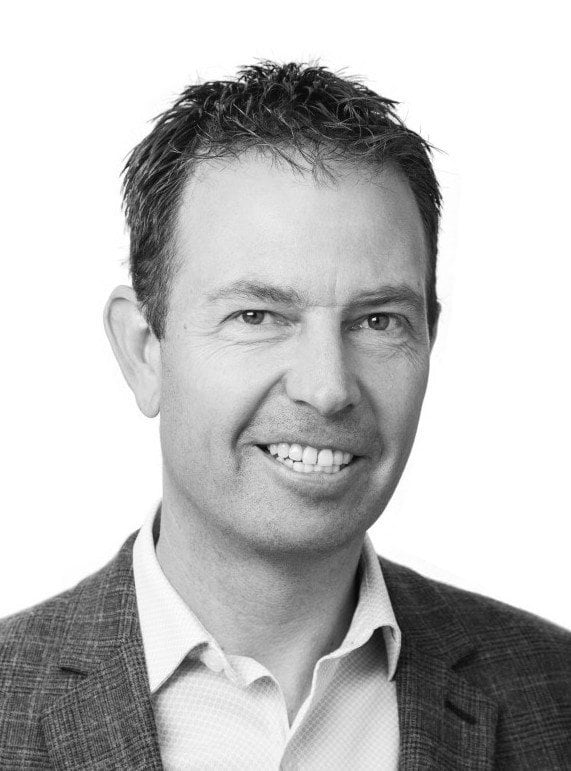 Jeff Booth is a visionary leader who has lived at the forefront of technology change for 20 years. He led BuildDirect, a technology company that aimed to simplify the building industry, for nearly two decades through the dot-com meltdown, the 2008 financial crisis, and many waves of technological disruption.

In January 2020, Jeff released his first book titled “The Price of Tomorrow – Why Deflation is Key to an Abundant Future”. In it, Jeff offers his provocative thesis about the current state of our economies and what must happen to enable a brighter future.

Jeff has been featured in Forbes, TechCrunch, Inc.com, The Globe and Mail, BNN, Fast Company, Entrepreneur, Bloomberg, TIME, and The Wall Street Journal. In 2015, he was named BC Technology Industry Association’s (BCTIA) ‘Person of the Year’, and in 2016 Goldman Sachs named him among its ‘100 Most Intriguing Entrepreneurs’.

He is a Founding Partner of OtioLabs, Co-Founder of addyinvest.com and NocNoc, and serves on the boards of Terramera, Cubic Farms, LlamaZOO, Synthiam and the Richmond Hospital Foundation as well as numerous advisory boards.

He has been a Young Presidents Organization member since 2004 and contributes time as a Founding Fellow on the Creative Destruction Lab.

In his downtime, Jeff can be found at the lake playing his guitar around a campfire with his family and friends, enjoying watersports or skiing at the local Vancouver mountains. He is also dedicated to learning and reads about 50 books a year.